Tuesday we left the really really Quietwoods RV Resort ghost town, not because we didn’t enjoy the tranquility but we have more of the Great Lakes region to explore. We head towards Green Bay and up the west shore of Lake Michigan. Our destination is less than 90 miles away- Menominee MI.

On the way we stop in Peshtigo, a small town infamous for a forest fire that burned in and around town back on October 8, 1871 killing 1200 and as many as 2500 souls. We visited the museum dedicated to telling that story. According to accounts the fire swept into town very quickly catching the townsfolk off guard. The ensuing firestorm was said to have had winds reaching 110 mph and flames reached 2000 degrees. People jumped into the frigid Peshtigo River to save themselves and loved ones. Some of those drowned or died from hypothermia. In all 12 communities were destroyed and the land was scored for 1800 square miles. Ironically, it was not the only major fire that occurred on this day in 1871. A fire occurred on the Door Peninsula, the Great Chicago Fire as well as others around Lake Michigan. 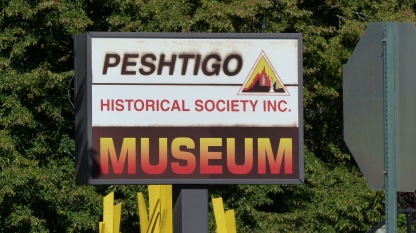 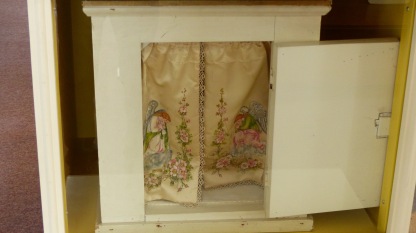 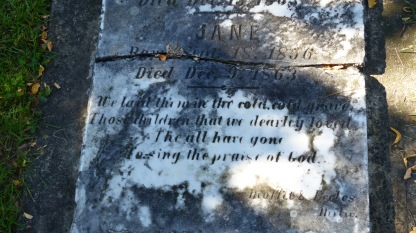 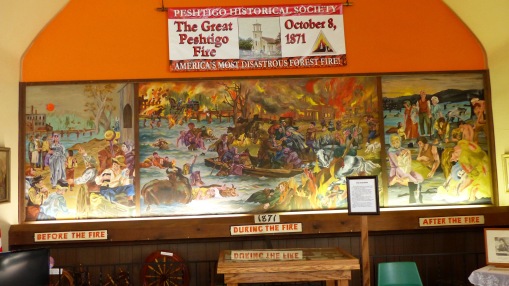 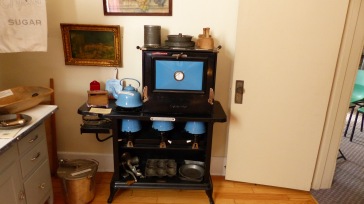 Menominee (8500 souls) is located just across the Marinette River from Marinette WI (10,000 souls). Marinette looks like a thriving community, Menominee not as much. One of the locals told me that a lot of businesses are moving from Menominee to Marinette- could it be a tax issue?

We stayed at the River Park Campground. Its another well kept municipal park that we’ve had the fortune to find. So many of them along the coast of Lake Superior and now Lake Michigan. 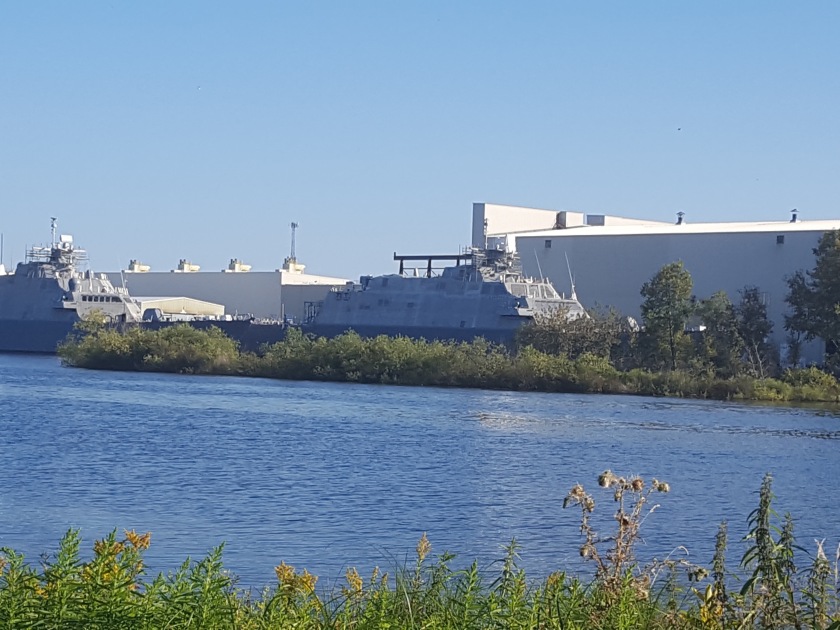 Looking across the river we see four large gray vessels. What the???? The Marinette shipyard is producing naval vessels. They are special ships that are smaller than destroyers that are designed to work in the littoral (close to shore) zone.We explore downtown and vicinity, stay one night and are on our way Wednesday.

Our next destination will be Marquette (20,000 souls) Marquette is the largest town in the Upper Peninsula of Michigan. The land of the Yoopers! Here lies a large population with Finnish heritage, and some German. They have a little different pronunciation of the English language, “der” for “there” and others. Yup is used a lot as well as “you bettcha” and even “Okie Dokey”. They tend to be very friendly people who will talk your ear off- my kind of folks. 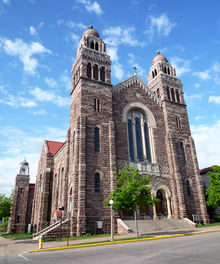 After a Mister Toads Wild Ride through downtown Marquette with a few road work detour caused road closures, a visit to a local business to ask how the hell we are to get to our campground for the night- Visitors Campground, we finally drop anchor. Aaannndd, the front jacks on the RV won’t go down without blowing a fuse. We finally get unhitched after blowing 3 more fuses. Crap! I’ve run out of 30A fuses so I have to find an auto parts store to purchase more…….. just in case. So in order to raise the front of the trailer to get hitched to the truck again the onboard motor won’t do the job. What will is my 6 ton jack but I also need a way to retain the gained elevation the jack affords. I need jack stands.

All of Marquette’s major streets seem to have a road construction detour or closure. The town is not easy to get around in to begin with and now with the closures even more so. I try to avoid the road construction and associated traffic only to find that streets that appear to got through go over the street I want to get to. More crap. The first auto parts place doesn’t have what I need, the second does. Heading back via the “short cut” around downtown just puts me in a 20 minute lane closure delay. More crap.

I usually get up at 0600 to 06300- when daylight wake me up. I get up before the sun appears- and it’s 0730! We are in Eastern Daylight Time, now our fourth time zone. After readying ourselves for the day I proceed to jack up the front of the trailer with the bottle jack, jack stand holding the elevation gained. One side, then the other goes up until the fifth wheel hitch and pin box match. We hitch up without a problem. Now to find a place that can help remedy our problem with the landing gear jacks.

We somehow escape Marquette with nary a scratch and never got twisted around by all of the detours. We head out of highway 41 backtracking to highway 24. We stopped at Munising (2300 souls). This town is very picturesque with a very nice downtown and very clean. A ferry can take you to Grand Isle from here and the town is a jump off point for Pictured Rocks National Lakeshore. Multiple water falls are in the area. And one can buy home made pasties (short “a” like in “at”)- a local favorite that is a sort of a stew filling in a pastry dough then baked until golden brown. We’ll have to try one!

Unfortunately we can’t stay. I’ve found a repair shop in Sault Saint Marie who is willing to help me figure out what’s wrong with the landing gear Saturday. The only town of size within 35 miles of Munising is Seney. During its white pine logging heyday Seney had grown to 3000 souls, today there are 200.

We turn left onto Michigan 123 and drive through Newberry (1500 souls). The village is the seat of Luce County and southern gateway to Tahquamenon Falls State Park. Pulling into Kritters North Country Campground we realize we’ve made another good choice to overnight.