We were up early this morning in anticipation of a 250 mile travel day. 250 miles isn’t that far but we were hellbent on keeping the mileage down to 200 or less. We are on our way at 0730 hours. Adios Lincoln RV Park and Helena!

We jump on Interstate 15 southbound intending to travel to Butte, catch Interstate 90 East and head towards Billings. What could go wrong? I’ve Google Mapped the route twice…… all is well. Just past Helena Jil says “I’m sure glad we’re only going 198 miles today!” Gulp!!! I reply “More like 248.” We are both wrong. One of the shortests routes is around 230 miles. It traverses over hill and dale down country roads- our kind of road. The other routes are around 250 miles, also following country roads. How-some-ever, I chose the interstate routes for sheer speed of travel……. the only thing I forgot was to change the routing on Google Maps………. sigh……. this route is at least 50 miles farther! 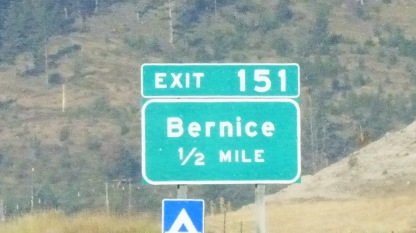 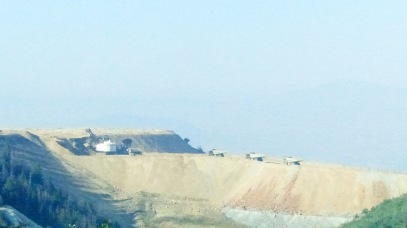 Oh well, we are committed to the interstates. We pass Montana City (2700 souls), our last chance, unbeknownst to us, to reroute and head down towards Butte. Butte is Montana’s fifth largest city at 34000 souls and is the seat of Silver Bow County. The area is home to some of the richest copper mines in the country. One such famous mine is the Anaconda. We chose to bypass Butte and head east on I-90. 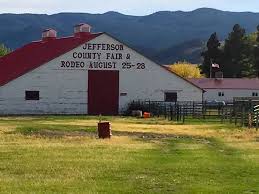 Pulling the grade to Homestake Pass we see a fellow traveler has laid his sport utility and Airstream trailer on their sides. Emergency services are on the scene. We pray that they are OK. We grunt over the Continental Divide at Homestake Pass (elevation 6329). Water now flows towards the Mississippi. We pass a few small burgs, namely Whitehall, Pipestone and Caldwell in the Jefferson River Valley. The entire population of Jefferson County numbers 11,000 souls. We are on our way to Three Forks. 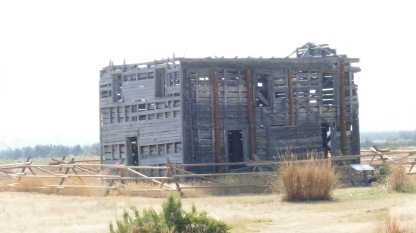 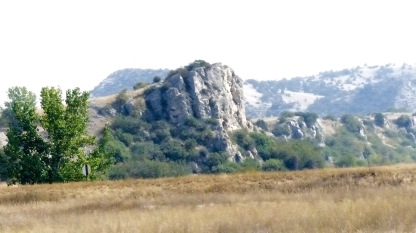 Three Forks State Park is a historically significant area. The confluence of the Madison, Jefferson and Gallatin Rivers form the Missouri River, the longest single river in North America as well as the major portion of the Missouri-Mississippi River system from Three Forks to the Mississippi Delta. The rivers were named after President Jefferson, Secretary of State Madison and Treasury Secretary Gallatin by Merriweather Lewis. Sacajawea, the Corp of Discovery Indian guide is from this area. Lewis and Clark reached the confluence on July 28th, 1805.

We pass a number of small ranching communities and reach Bozeman (37000 souls), fourth largest in the state) the seat of Gallatin County. The town is named after John Bozeman, who opened the Bozeman Trail in 1863. Nelson Story successfully drove 1000 head of cattle into Paradise Valley, just east of Bozeman in 1866. He later donated the land to the state for the establishment of Montana State University- Bozeman.

We finally reach the Yellowstone River Valley at Livington (pop. 7000). Livingston is the seat of Park County. This ranching and railroading towns founding is a direct result of the Northern Pacific Railroad. From here we will follow the Yellowstone all the way to Billings.

We stop in Big Timber but not before seeing the sign “Crazy Mountains”. The name Crazy Mountains is said to be a shortened form of the name “Crazy Woman Mountains” given them, in compliment to their original Crow name, after a woman who went insane and lived in them after her family was killed in the westward settlement movement. Big Timber (1600 souls) takes its name from Big Timber Creek, so named by William Clark for the big cottonwood trees, is a good stop for us. There is a little coffee shop right on the main highway that also sharpens chainsaw blades. We stop and purchase two coffees and a delicious slice of spice cake. We are fresh out of chainsaw blades……… 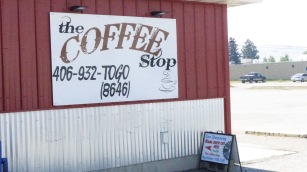 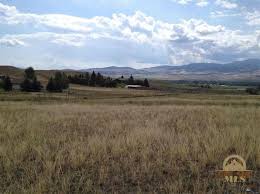 We pass at least five more small farming communities before reaching Billings and the Billings Village RV Park, our stop for the night. Billings is the largest city in the state at 166,000 souls with a trade area of 1/2 a million. Billings ,originally founded as a railroad town, is the seat of Yellowstone County. The city avoided the economic downturn due to the proximity of the Bakken oil development in eastern Montana and western North Dakota, the largest oil discovery in American history, as well as the Heath shale oil discovery just north of town. Billings also boasts more hotel accommodations than any area within a five state radius. As a result it hosts many conventions, concerts and sporting events. Within a 100 mile radius lies attractions such as Pompey’s Pillar, Pictograph Cave, Chief Plenty Coups State Park, Little Bighorn Battlefield National Monument, Red Lodge Mountain Resort, and the infamous Beartooth Highway to Yellowstone National Park. Whew!