This campground at Wayne County Fairgrounds has quite a mix of folks. Some are full time RV’rs, some are like us, visitors. And some are here with their entire families which include young kids. 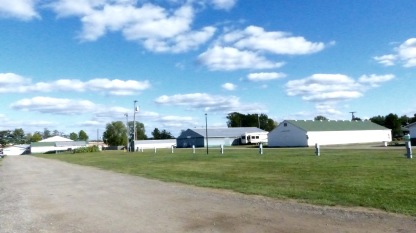 The latter campers obviously are here to work. Dad leaves in the morning in his work truck, mom and little kiddies stay here in their home on wheels. Some kids are school age and I don’t really know if they are being home schooled or go off to public school. 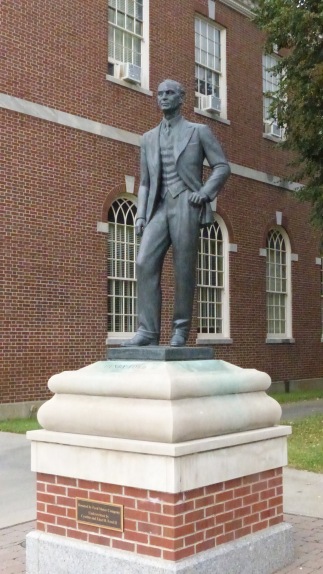 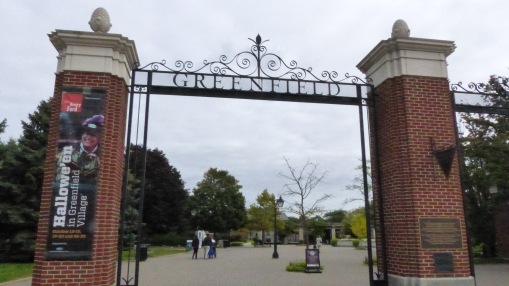 A big day is planned. Megan is going to doggie day care where she will get a bath and make new friends at a brand new place to her. While she is being cared for we are going to visit the Henry Ford Museum of American Innovation and Henry Ford’s Greenfield Village, more formally known as the Edison Institute. Ford’s vision was to preserve items of historical interest and portray the American Industrial Revolution. 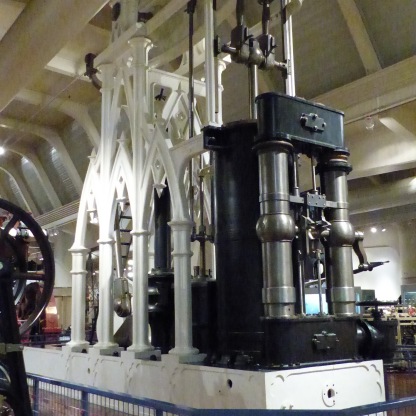 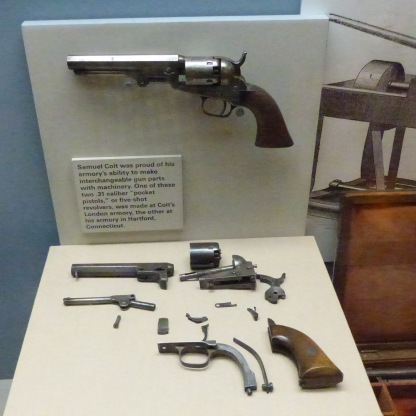 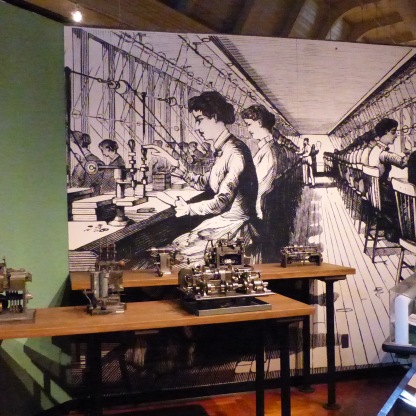 Ford said of his museum: “I am collecting the history of our people as written into things their hands made and used…. When we are through, we shall have reproduced American life as lived, and that, I think, is the best way of preserving at least a part of our history and tradition..”. 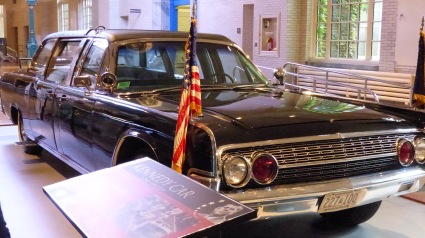 The Kennedy Car/ An Original Copy Of Declaration of Independence

The entire complex sits on 260 acres of land located near the Ford Rouge Plant where plant workers are making Ford 150 trucks. One may tour that plant also. The 12 acre indoor museum includes machines that sparked the American Industrial Revolution through mass production, events, articles and items of interest from early American History all the way through the 1970’s. 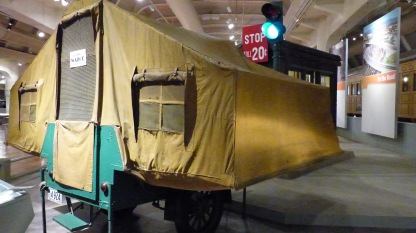 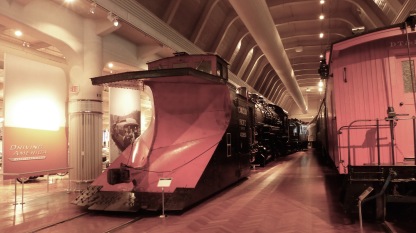 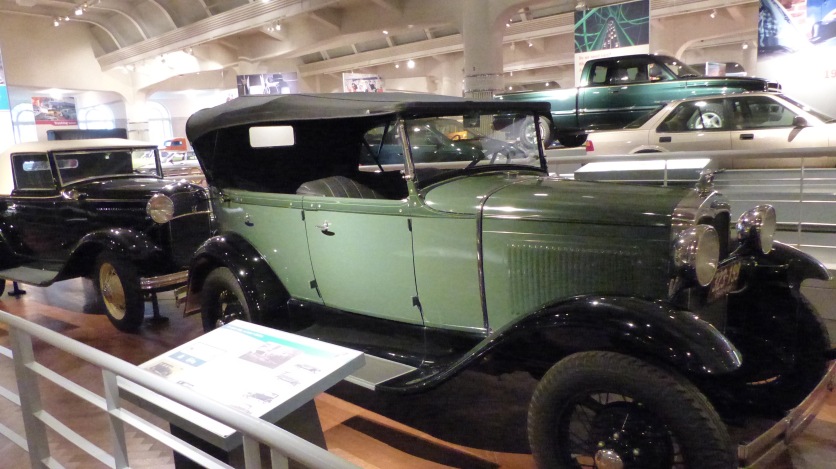 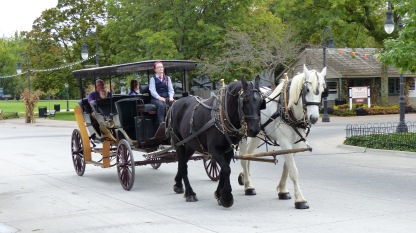 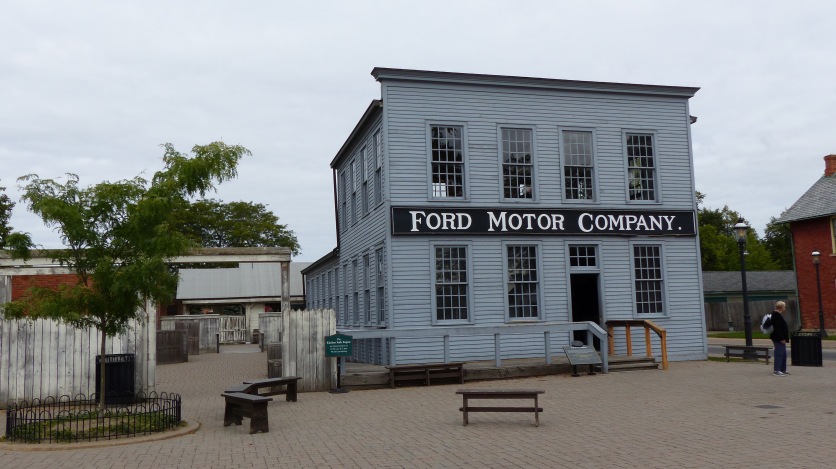 A steam locomotive pulls passenger cars full of visitors around the perimeter of the park. Docents dressed in period garb do an incredibly good job of explaining and demonstrating what life was like or the workings of antique machinery.

We ate lunch at the vintage 1850’s Eagle Tavern, enjoying pea soup made from a period recipe- it was delicious!

Many of the homes in Greenfield are either the real McCoy or exact replicas of buildings that Ford felt significant. His own house, that of Robert Frost, Luther Burbank’s birthplace, you get the idea. He even brought the Ferris Windmill from Massachusetts which is said to have been built in the 1600’s.

Ford’s close friend and previous employer was Thomas A. Edison. As time passed their friendship grew. They even vacationed together in Florida. As a tribute to Edison, Ford had much of Edison’s factories and shops to Greenfield. I have to say both men were incredible pioneers of the American Industrial Revolution. 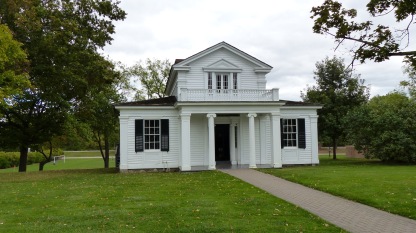 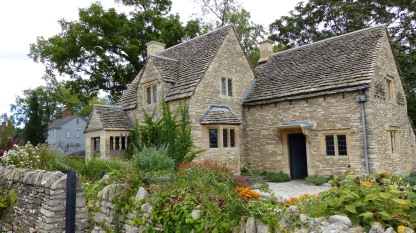 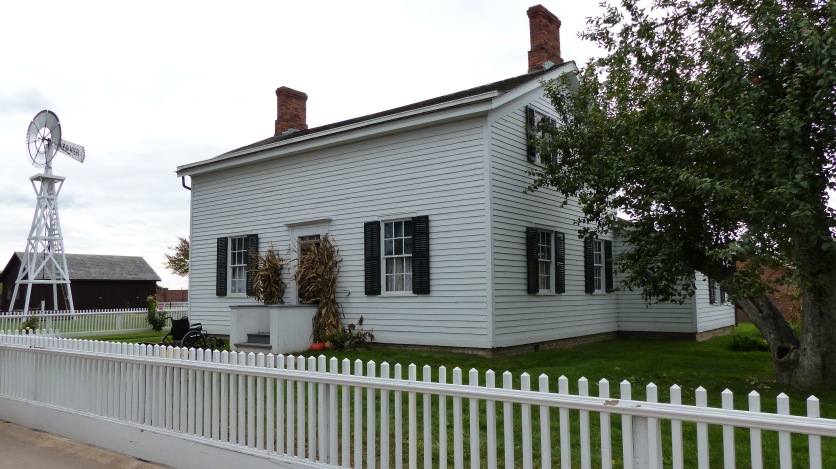 Anyhow, enough blabber. I took 360 photos at the museum. I will not share all of them- but plenty of them! 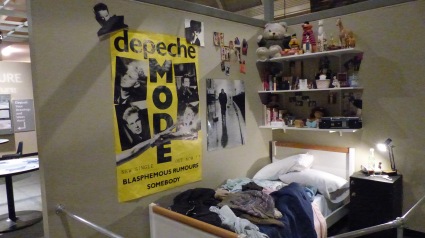 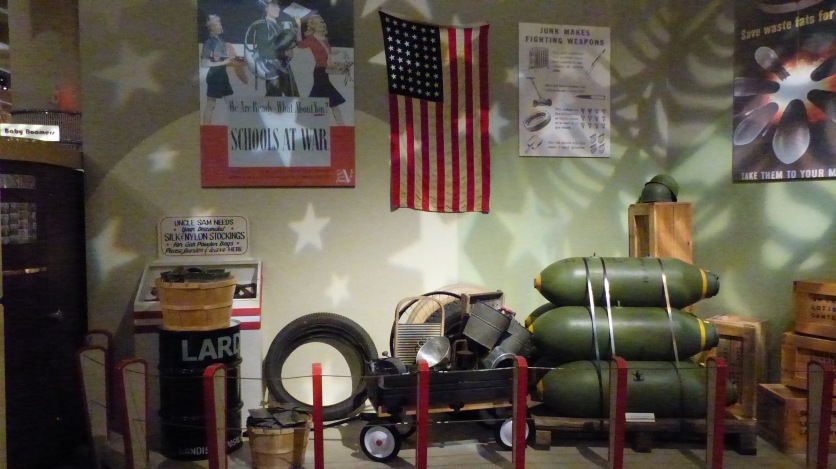 Below: A Few Photos of the Edison Institute 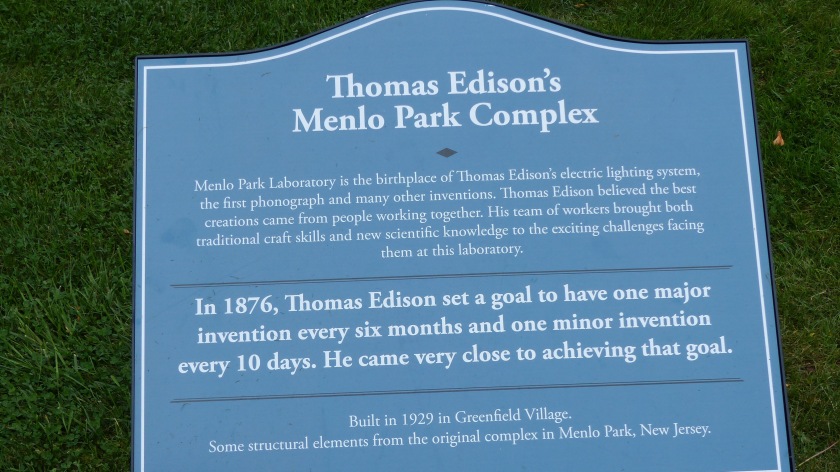