We left McCall and headed northwest on Highway 55. We’ve been on Mountain Time since we left Vale, Oregon. We assumed that once in the more eastern state of Idaho that we would stay in the Pacific Time Zone. Whoa, cowboy! Not so fast there pardner! We now know it’s true that the southern part of Idaho is in the Mountain Time Zone, the northern Idaho is in Pacific Time. So as we turn on highway 95 and head north towards Riggins, a town of 420 souls, we are still on Mountain time.

North of Riggins, right across the Salmon River Bridge we are back in the Pacific time zone! What the hey! So begins the strange time……zone!

Riggins is nestled deep in a canyon at the confluence of the Salmon and Little Salmon Rivers at 1800′ in elevation. As Riggins is the northwestern most town in the Mountain time zone, US-95 is the only highway for the state that connects the panhandle to the south. The town claims to be Idaho’s Whitewater Capital and well it could be. Rafting, kayaking are very popular as are fishing and hunting. The Seven Devil’s Mountains and Hell’s Canyon National Recreation area close by.

We pass a couple of small burgs following the ever beautiful and ever deepening Salmon Canyon where the river twists and turns flowing lazily, then a flurry of whitewater. 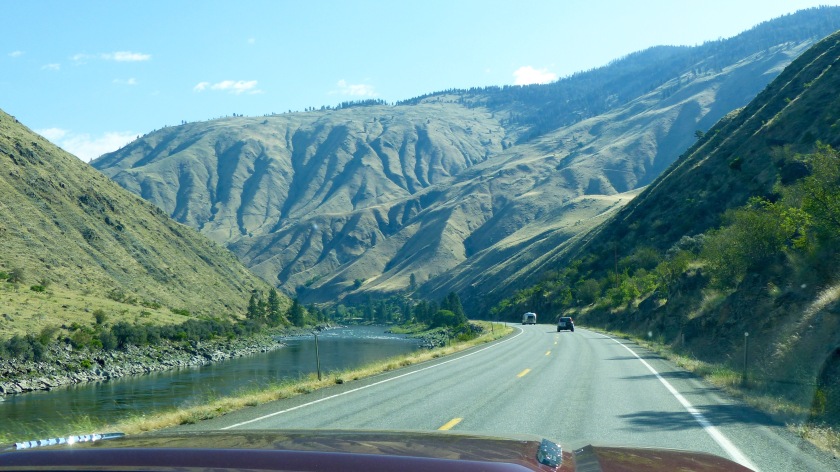 Before climbing out of the canyon we pass White Bird. The town of 91 folks is named after the Nez Perce chief that lead his people to the first fight and a significant defeat of the U.S. Army in 1877.

The entire area is like traveling through an American history museum. Signage is mostly dedicated to the Nez Perce people, how they lived and how the U.S. tried to remove them from their homeland so that the west could be settled by emigrants, miners and others. It’s interesting to note that before the army, the settlers and the miners made their presence the Native Americans and fur trappers and traders got along well together.

US-95 climbs the 2100 vertical feet out of Salmon Canyon onto the Camas Prairie. Native Americans coveted the camas plant root as food. 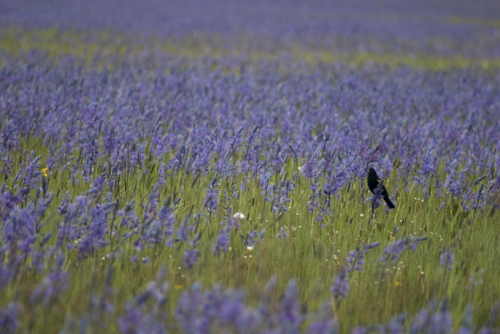 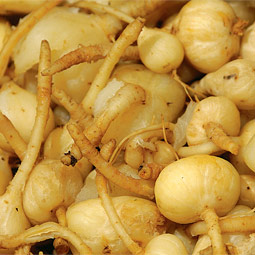 The Nez Perce depended on the root for sustenance. The women would dig up the camas bulbs using elkhorn tied to wood digging sticks. After being cleaned the bulbs were piled on a bed of grass on hot stones and place over a fire pit and steamed. Once cooked they were dried. The extensive cooking broke down a good portion of the starch content to sugar, producing a sweet potato- like flavor. The story goes when the Corp of Discovery, i.e., Lewis and Clark Expedition arrived gaunt and starving, the Nez Perce offered them camas root to eat. The root didn’t agree with the guts of most of the men and caused them a lot of grief for an extended period of time.

On the prairie is Grangeville (3100 souls). Grangeville is the seat of Idaho County. The city appears to be a farming community (large silos appear from a distance) but farming is #4  here. Construction is #1 with retail and manufacturing numbers 2 & 3. A railroad ran to it until 2000 but proved not profitable and was discontinued. It’s a pleasant little town with nice residents. It’s also where we leave US 95 in favor of highway 13.

Our destination for the day is Powell Campground. Powell is a nice US National Forest campground that offers electrical power in its RV sites. At 3700 feet the camp is deep in the forest and beautiful. Lochsa Lodge is nearby. We’ll spend the night here.

One thought on “Strange Time(s)”