We drove through Duluth during rush hour traffic. There most have been 30 cars on the road! Gads! Anyway, traffic was pretty light. We head east over St. Louis Bay on US 2 and land in Vis…… er……. Wisconsin leaving Minni-sooota behind. The city of Superior (27,000 souls) is directly across the river from Duluth. Wisconsin greets us with a friggin’ detour. OK, I hope its well marked- and it is. We slide over to Highway 53 after driving a bit through downtown and are on our way. Highway 53 parallels the coast. We pass shipping docks and lake ship museums- and one big mansion. The mansion was completed in 1891, home of lumber and mining magnet Martin Pattison.

Over the Bridge, Past the Mansion, Farm Country, Over Hill

Early area history- Back in the 1600’s through early 1800’s the Brule- St. Croix River Portage provided a means for trappers and traders to travel from Lake Superior to as far as the Gulf of Mexico via the Mississippi. Paddle upstream on the Brule and take a short portage to the St. Croix on the other side of the continental divide= travel downstream forever. Easy peasy! 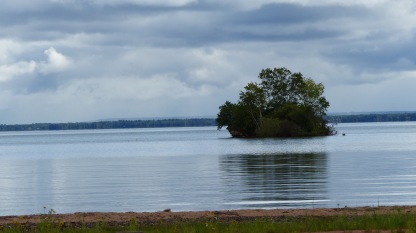 We turn off on country highway 13. Not many settlements, just farms, small dairy farms mostly. We love country like this. We parallel the east shore of Lake Superior and can’t see it for the trees. We finally get a glimpse of the North Shore of Minnesota across the lake. The first community we come to is Port Wing (164 souls), 55 miles from Superior. Herbster (104 souls and 5500 square miles!) is next. We reach Cornucopia (pop. 98). This little town is the western gateway to Apostle Islands National Lakeshore and our turnoff to Washburn. 20 miles later we arrive. 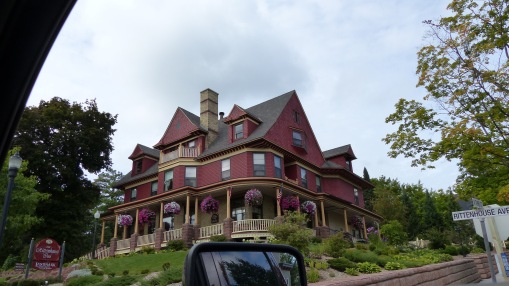 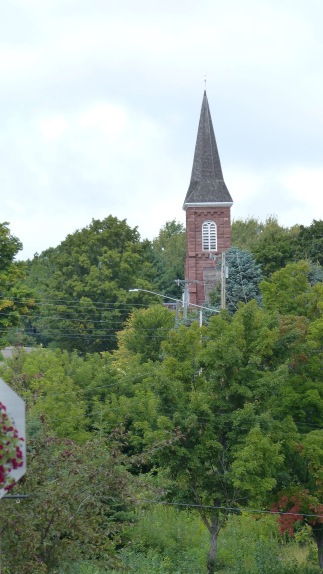 Washburn (2100 souls) is not as touristy as Bayfield, which we like. It’s also not as pretty. It has none of the old mansions nor the quaint downtown district. But it does have two of the nicest municipal campgrounds we’ve seen- Thompson West End and Municipal. Both are lovely. Municipal is in pines, Thompson is more open and a little better suited for big rigs. The whole park is mowed grass. We can see the lake from every window in our living room and it is a two minute walk to the beach. It’s also better suited for setting up our portable satellite dish, which has turned out to be nice to have access to TV. We are at Thompson for two nights. 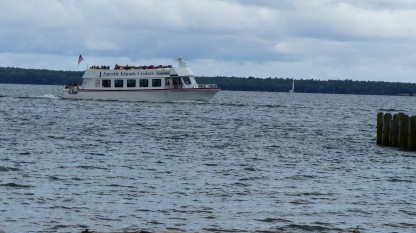 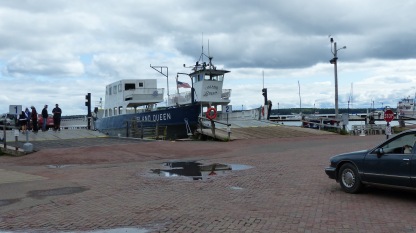 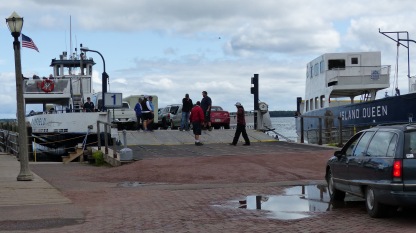 We took a 13 mile drive to Bayfield (530 souls). Boy, is that place pretty as the community is built on a hillside overlooking a small bay. It is the main gateway to the Apostle Islands National Lakeshore. Tour boats take folks out to the many islands for a little sightseeing. Ferries transport passengers and motorized equipment to Madeline Island. Madeline is the only island  in the Apostles with residences and a Wisconsin State Park to boot. 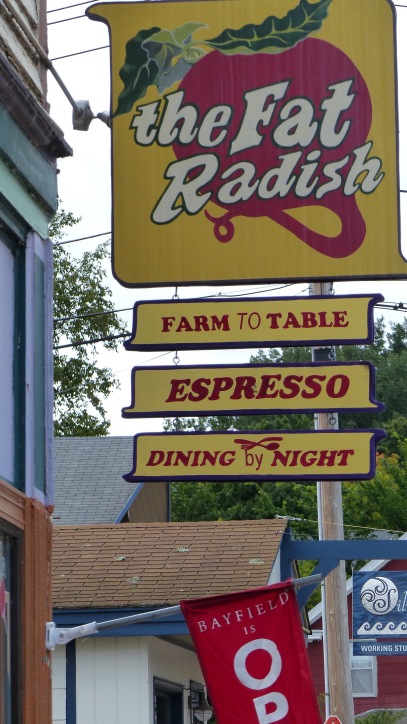 We also toured the Northern Great Lakes Visitor Center in Ashland. It’s a great place to learn about the geology and human history of the Great Lakes. Ashland (8200 souls) is a nice town located about 10 miles east of Washburn near the head of Chequamegon Bay. The port shipped iron ore to the Rust Belt but no more.

It seems that more than one community has a black eye around this Great Lake. Probably no different than any other I suppose.

I’ve read about this more than once so here goes. During WWI those of German, and even Finnish descent were eyed with suspicion as German sympathizers. Those under the eye of suspicion by a group called the Knights of Liberty were tarred and feathered. Although some of the “knights” were identified none were ever convicted. In fact the “sympathizers” mostly refused to identify their attackers. So there it is………

We have thoroughly enjoyed this part of Wisconsin. Jil has reminded me of the movie Ground Hog Day, repeating at every new campground/location that this is her favorite place on the whole trip. In reality, she’s probably correct in a way. Each place offers something new and wonderful to explore- a new “favorite place”!

Tomorrow we leave Lake Superior and head towards Green Bay. See you there!