We pulled up stakes this morning and we’re on the road by 0800 hours. We travel east and transition onto US 2 as we travel through Ashland and eventually on to US 51 at Hurley (1700 souls), the seat of Iron County WI. Hurley originally was a company town serving miners and lumbermen alike. It is located directly across the Montreal River from Ironwood, MI. It is said that as the town became more populated the number of bars and saloons reached 75 in a two block area. The town became so popular that the beautiful- and large (100 room), Burton House was erected in 1865. Many prominent people stayed there including President Grover Cleveland.

We pass through Mercer (1700 souls) who distinguishes itself as the Loon Capital of the World– and maybe it is. The countryside from Mercer south is changing and is reminiscent of Minnesota’s 10,000 lakes. We are surrounded by lakes, many many lakes. Manitowish is a wide spot in the road and the turnoff to Manitowish Waters (pop. 550) which is best known for its chain of lakes. It’s also somewhat famous for the event that took place at the Little Bohemia Lodge (still active). The FBI in a botched raid attempting to capture John Dillinger and his gang . One civilian was accidentally killed along with 2 CCC workers who were mistaken for gang members by the FBI. One agent was killed by Baby Face Nelson in the short gunfight. Dillinger escaped. Bullet holes from the encounter in the walls of the lodge have been preserved as well as the clothes Dillinger left behind in his haste to escape. 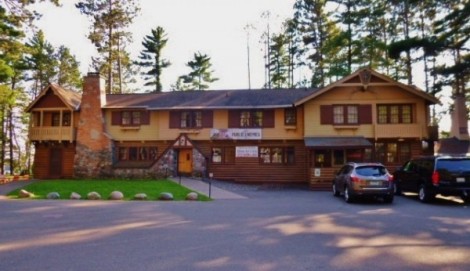 Woodruff (2400 souls) and Minocqua (4300 souls)are two towns that have grown together making an actual city by golly. Big box stores and all. It also is very pretty. Minocqua sits on what appears to be a peninsula formed by Minocqua Lake and Kawaguesaga Lake. The scenery is spectacular and so are some of the million dollar lakeside mansions.

We bypass Tomahawk (3400 souls) as it is located just off the highway. Its on the Wisconsin River, a river popular with kayakers and canoers. We head east on WI 64 to Antigo through farm country.

Antigo (8200 souls) is the seat of Langlade County. The town was founded in 1876 by Francis Delegalise and his friend George Echart. It’s the center for a farming and lumbering district. Its manufacturers consist principally of lumber and finished wood products, agricultural products and byproducts include dairy, potatoes, fur, shoes, and fertilizer. Antigo sits on a plateau about 1500′ above sea level. The fertility of the “Antigo Flats” attracted many settlers. Today the Antigo Silt Loam soil is the state soil of Wisconsin.

I did not know this (I know what your thinkin’): Besides farming and timber products Antigo is the home of Sheldons, Inc.- home of the world renowned Mepps fishing lure company. The company is advertising a need for squirrel tails to make certain kinds of fishing lures and are willing to pay up to 22 cents a piece for prime condition tails- this, for you squirrel hunters…….

Our home for the night is Antigo Lake Campground. The park is run by the city and just a couple of blocks from downtown. A park, Antigo Lake and baseball fields lie on it perimeter. Tonight we enjoyed a bunch of young fellas play slow pitch softball. 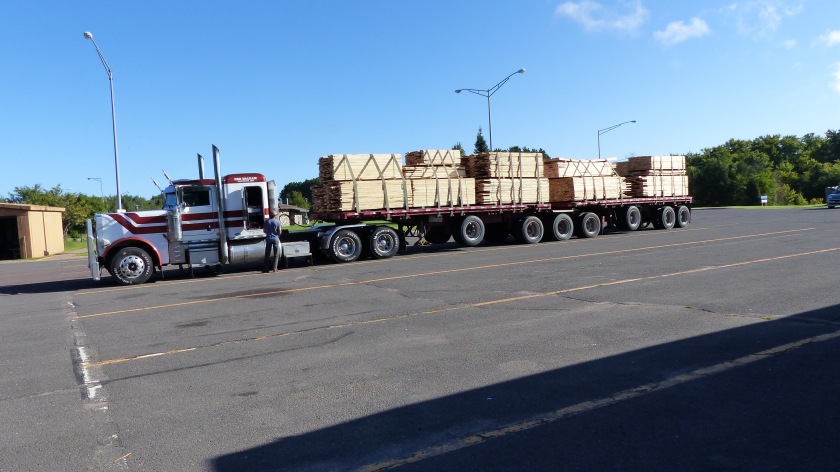