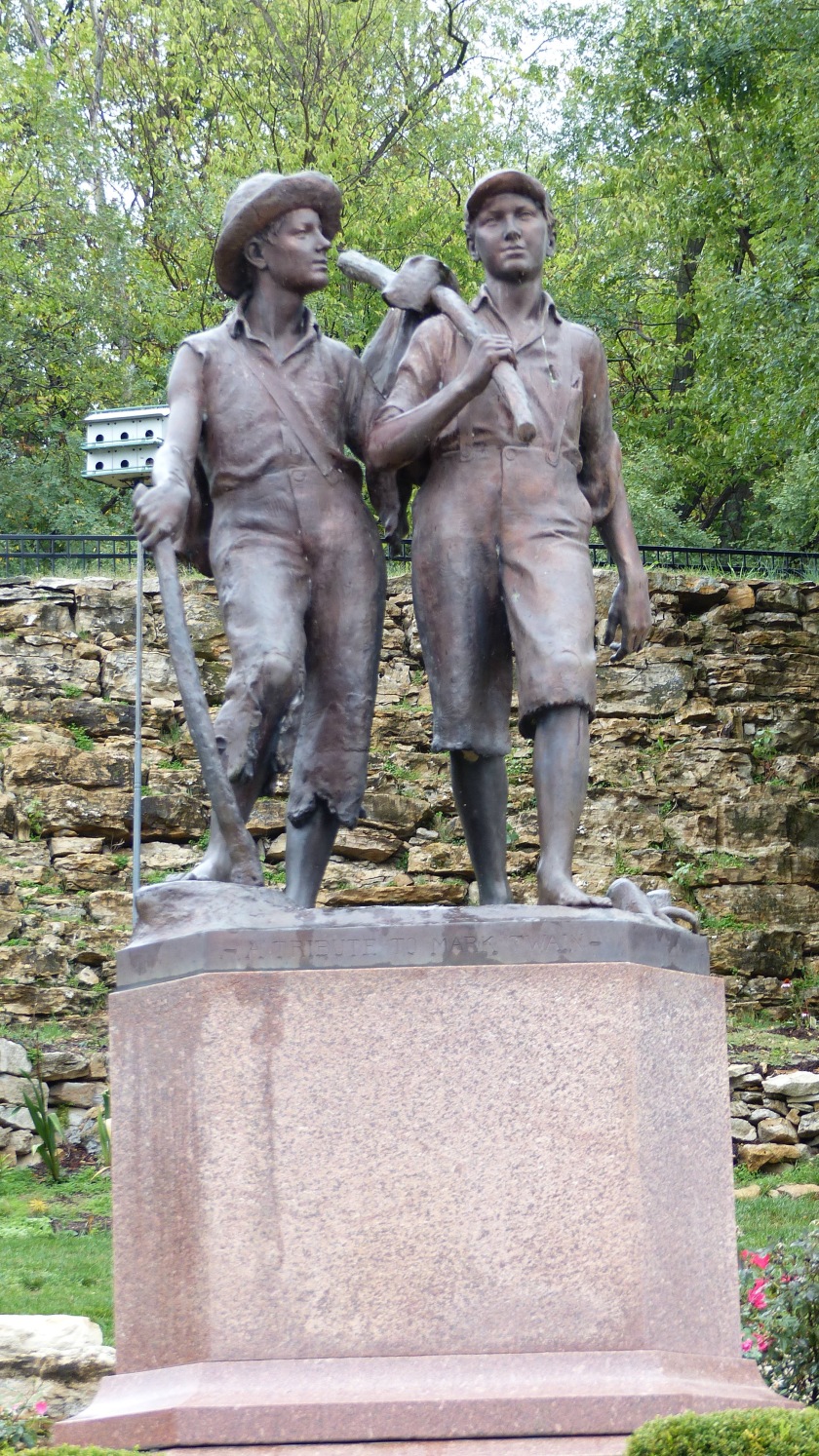 We’ve decided to travel up the Great River Road. It’s not just one road but a conglomeration of roads that run parallel to the Mississippi River. The road could be and is on either side of the Big Muddy. As the river is the boundary between many states one could easily travel from one state to another by merely crossing a bridge.

Today we will begin on the Missouri side. We travel all the way to Clarksville, a whole 40 miles, which is actually on the banks of big river and run into a detour- a bridge has been closed due to construction and we are rerouted up a narrow seldom used county road. As we travel I noticed that we have been rerouted almost halfway back to our starting point! Holy Moly! We’d been way better off just taking the four lane US highway to Hannibal. So with the delay of nearly an hour of traveling over hill and dale, winding up the the very US 61 highway we wanted to avoid we arrive at the outskirts of Hannibal Missouri. 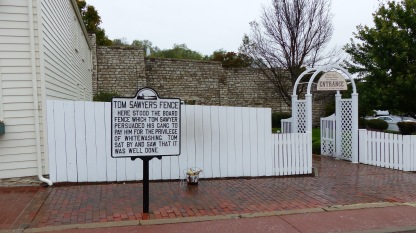 We stopped at the visitors center and the gent there gave us a map, directions, and where we could park our 51′ long RV and truck combo downtown. So we follow his instructions only to be blocked by a police officer and his vehicle on the offramp that would have brought us into downtown Hannibal. As we pass we see lots of emergency vehicles at the bottom of the offramp- a crash! Our only choice is to reroute, go across the bridge traversing the Mississippi into Illinois and turn around. We do so then follow the directions of Jil’s “smarty pants” phone. The stinking phone reroutes us right back to the offramp that was closed due to the auto accident!

Well, I”ll have no part of that so I follow the map on the truck’s onboard navigator, without the aid of the navigation system and drive us safely to downtown Hannibal. This town has a population of 18,000 souls but feels much smaller, like maybe 2000 souls. 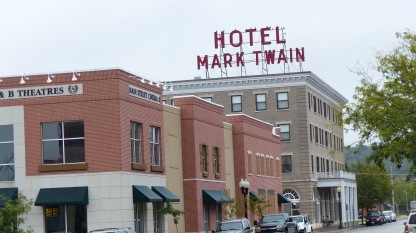 Old Hannibal was established in 1819 and was important due to it’s access to the Mississippi River. It is a lovely little town that begs to be explored. The ever present rain has subsided to a sprinkle or two. I can’t imagine how crowded this place could be in season. Today the streets are pretty quiet with just a few cars and a few visitors walking downtown- all four blocks of it. The buildings are quiet ornate and well cared for. It’s also the birthplace of Samuel Clemens- a.k.a.  Mark Twain. 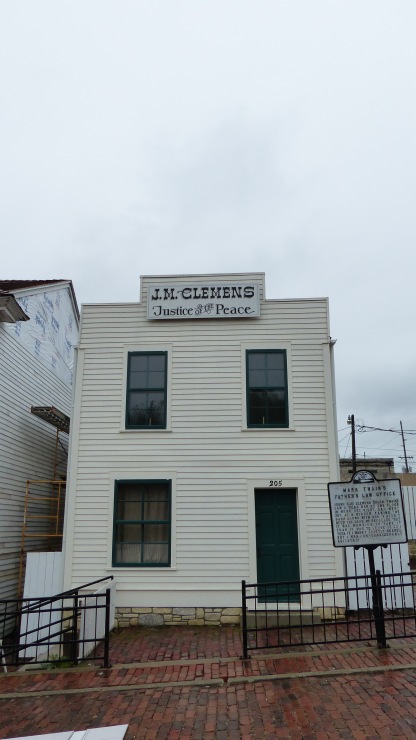 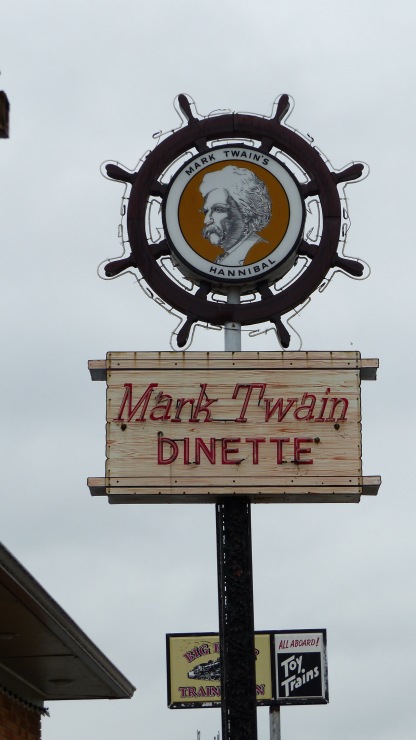 His dad was a pretty big mucky muck back in those early days. He was a lawyer, instrumental in establishing a railroad between Hannibal and St. Joseph. We visit both Mark Twain’s birthplace and his dad’s law office building as well as walking the entire town. We are sure glad that we visited Hannibal.

We decide to head north towards our next destination, Le Claire Iowa. We stop at Pollmiller Park Campground in West Point, IA. The ranger Jil spoke to on the phone said we could occupy any site that did not have a reservation tag on it. It’s nothing fancy- and no one is here! There are no reservation tags hanging on the site posts. Literally no one! After we set up a fella comes in and spends an hour picking up nuts off of the ground. I’m not sure what kind of nuts have dropped from that tree but he’s very busy picking them up. He leaves and the rain comes back with a vengeance- including some fierce- and very close thunder and lightning. As the sun sets we have the whole park to ourselves- literally- along with 2.5 inches of rain. We are- ALONE!