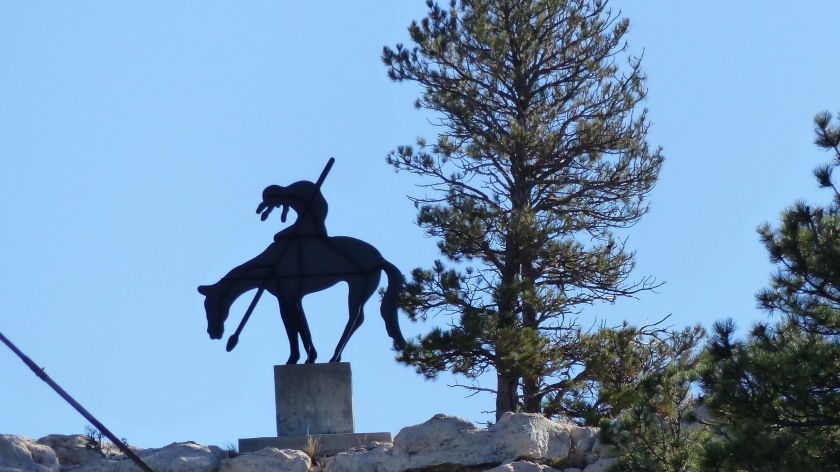 Man, it’ starting to get cold! By the time we picked up outside our hands were freezing! Our destination today is Cheyenne, WY. The drive is easy on I-80 but there’s lots of roadwork causing oncoming traffic to occupy the number one lane westbound. The temporary lanes are well marked so present no problem but the four-lane highway is reduced to two. Pine Bluffs (1200 souls) is the first community just inside state line of Wyoming. The town became the largest cattle shipping point on the Union Pacific Railroad around 1884. We stop and stretch our legs. We traveled 170 miles stopping on occasions to stretch and exercise Mega. The rest stops are not as big rig accommodating as they were behind us so we had to squeeze in with the 16 wheelers.

Pulling into Cheyenne we looked at the KOA Kampground located right next to the interstate. It’s too noisy! We then went over hill and dale for 6 miles to reach the one place we thought would be quieter and a little nicer…….and it would have been but it was CLOSED for the winter! What? So, what to do……. We head to Laramie which is between 40 and 50 miles farther west. 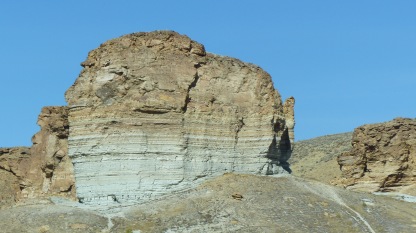 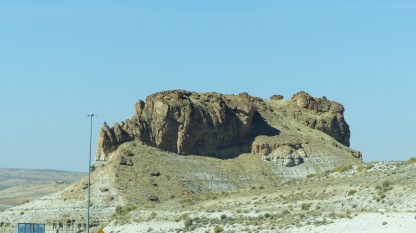 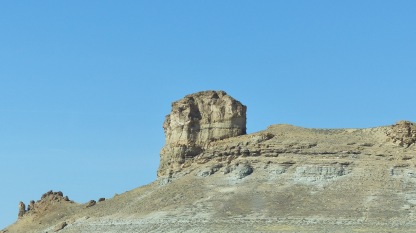 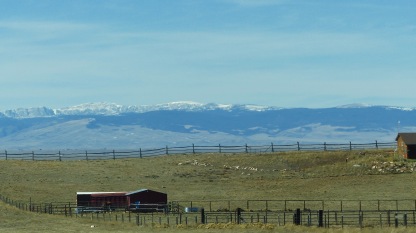 The terrain changes as we head towards Laramie. Relatively flat land turns into rolling hills. The interstate takes advantage of canyons and cuts in the hills which at times look like Black Hills SD country. The main problem we face is wind. Wind warnings indicate gusts to 50 mph and we are feeling it. We slow down to 50 mph. 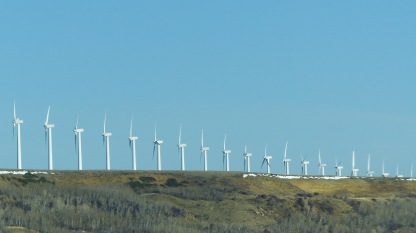 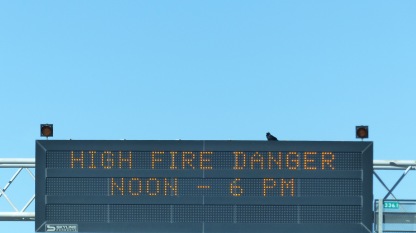 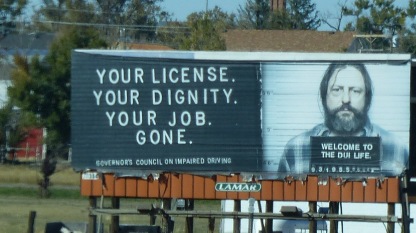 The terrain changes as we head towards Laramie. Relatively flat land turns into rolling hills, then canyons. The interstate takes advantage of canyons and cuts in the hills which at times look like Black Hills SD country. The main problem we face is wind. Wind warning indicated gusts to 50 mph and we are feeling it. We slow down to 50 mph. 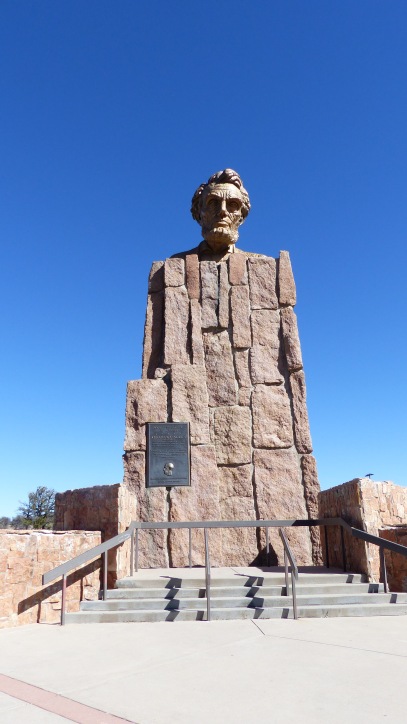 The highballer trucks also slow down, probably to 60 or a little more…….. they were traveling at the speed limit or better at 75 mph. We come to the highest point on Interstate 80 near Buford, Sherman Pass, elevation 8640’. Holy Moly, no wonder there’s big snow patches in the hillsides. The elevation of Sioux City was 1200’, the climb is very gradual. We sure couldn’t tell that we’d “elevated” nearly that much.

We arrived at Laramie KOA in the early afternoon. This KOA probably isn’t any better than the one in Cheyenne. Gravel pads, gravel roads,  both of which need a lot more gravel. The potential for dust is high but so far we are lucky.  We’re surrounded by a couple of old mobile home parks. It’s very close to the interstate so I anticipate a lot of road noise. At least we can get satellite reception in order to watch the MLB playoff games this evening!

This morning we traveled to Fort Bridger WY. We haven’t traveled 280+ miles in one day on the whole trip but none of the RV parks in between Laramie and Fort Bridger appear to be worth stopping. Although no wind warnings were issued for today the first thing we run into is interstate signs warning of wind gusts to 40+ miles per hour. The big rigs slow and so do we. The gusty winds seem to be prevalent in just a few areas along the highway so we slow for those and then resume a little faster pace when the wind subsides.

We stop at Little America (pop 64), a place that was purposely located in a remote location to serve the weary with a hotel, the hungry with a restaurant and fueling station and service shop for big rigs. The complex is quite something!

Entrance to RV Park/ Cows in our back yard

We pulled into Fort Bridger RV Campground just before 1400 hours after 6 hours on the road. We traveled 281 miles today making our two day total in excess of 500 miles. That’s the farthest we’ve traveled in two days the entire trip. We don’t like to travel that far but we survived somehow. More later………….