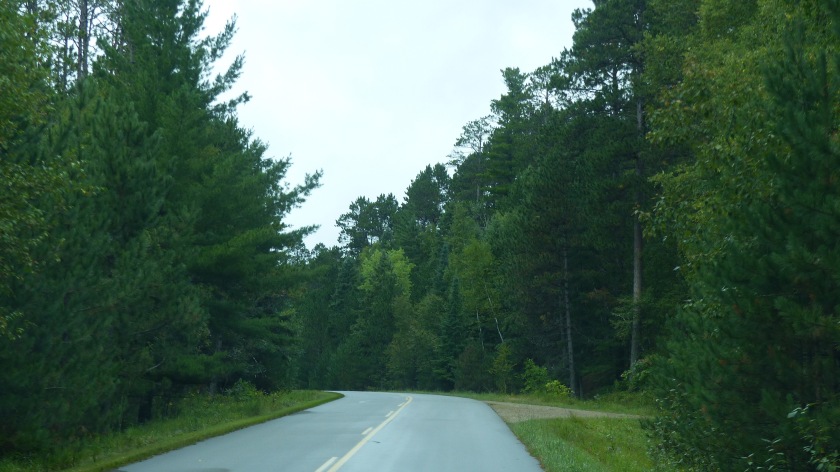 I spent a couple of hours writing this post, the text disappeared somehow and all that remained was the photos. So I’ll try this once again.

We traveled less than 100 miles from Buffalo River State Park to Itasca State Park. Jil’s “smart phone” calls out the route: East on hwy 10, northeast on hwy 34, north on 37, east on 58 to east 44 to east 41. Then the “smarty pants” phone makes a call to turn too late. Crap! Oh well, I’ll just drive down the road and find a place to turn around. What’s that ahead? It’s highway 71 which will lead us to Itasca’s park entrance. Gosh, that was easy. All we really had to do was take highway 10 east to the 71 and head north! At least the route we took avoided almost all semblance of civilization except for some beautiful farms and a couple of ranches. The only town being Detroit Lakes (8000 souls) which we past in the beginning and Two Inlets near the end- which is not really a town but a gateway to several recreational lakes. The only place Jil wanted to visit was Park Rapids which has become the gateway city of Itasca State Park.

Itasca is the oldest of the Minnesota state parks. The park was established in 1891 to save the region from logging. It is also the headwaters of the Mississippi River- the reason we visit. The park is heavily forested and the campground is nice. Electricity is offered at many sites but not water or sewer.. A dump station and fresh water are available. 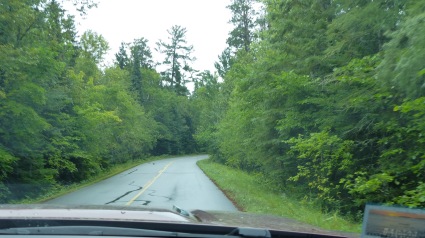 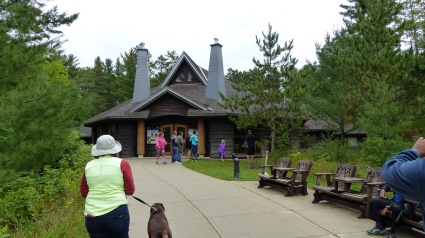 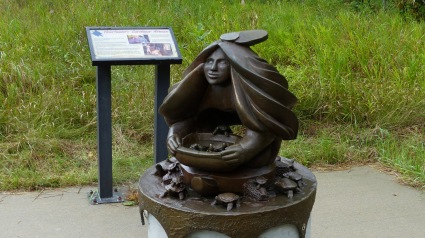 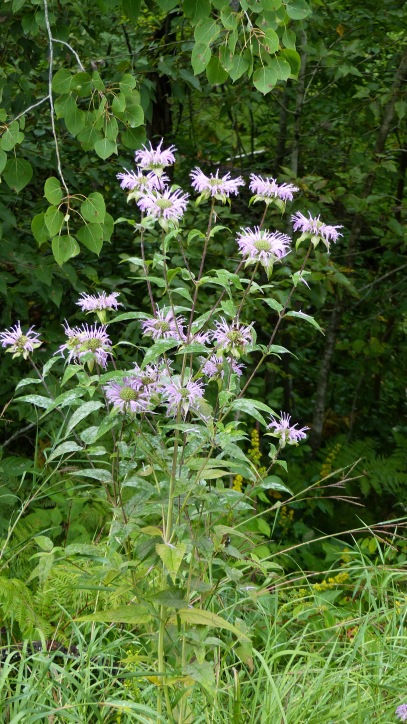 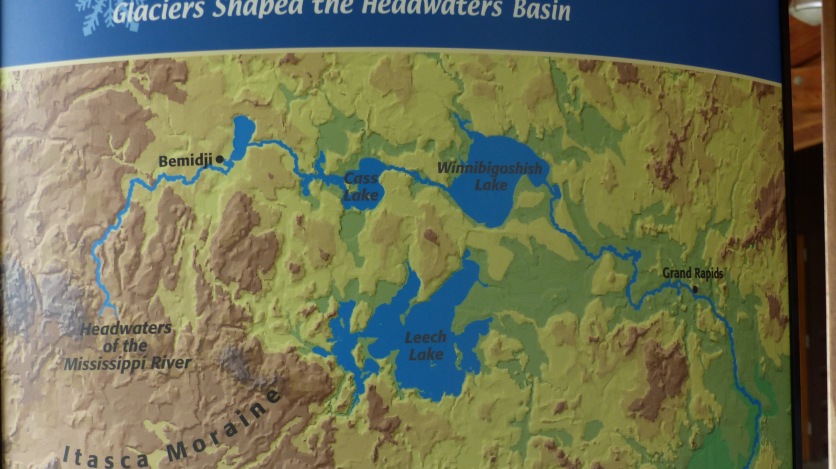 Narrow, twisting access roads with big tree branches overhanging the road make maneuvering our 51′ combo a little challenging. The park is very popular as it offers many amenities such as cabins, a lodge, multiple campgrounds and of course, the headwaters of the Mississippi River. 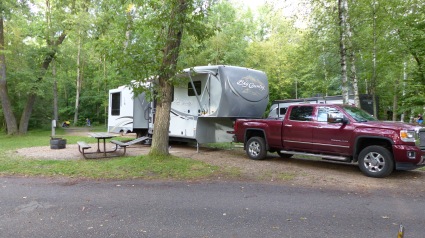 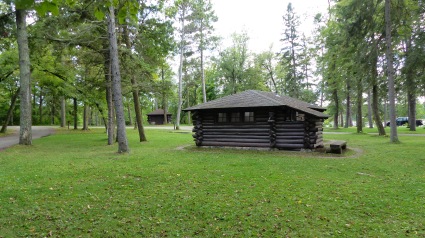 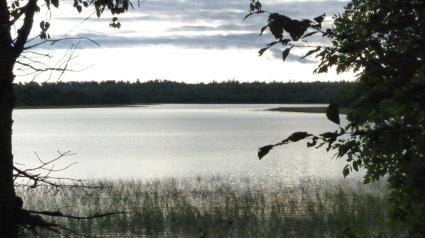 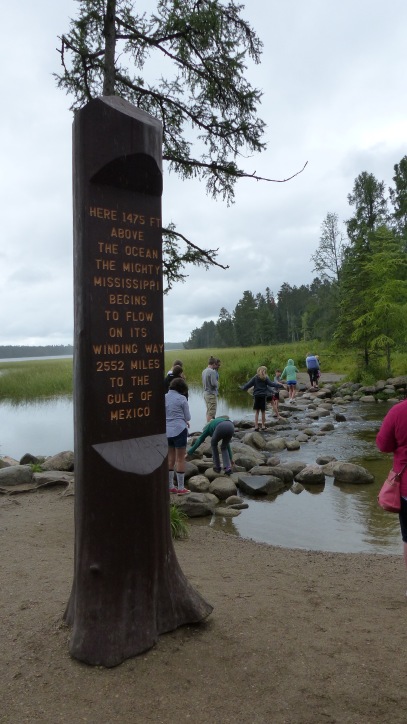 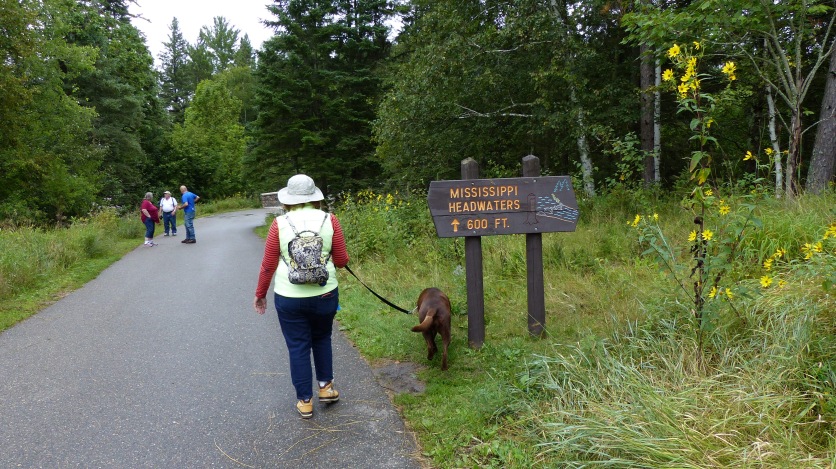 From Lake Itasca we traveled again on highway 71 to US 2 all the way to Grand Rapids MN, not the more well known Grand Rapids, MI. Grand Rapids is a town of just over 10,000 folks. We pass Cass Lake (770 souls) , once a mighty lumber town of 2100, the town now relies more on tourism and recreational activities. Its the headquarters of the Minnesota Chippewa Tribe and Leech Lake Band of Ojibwa. We stretch our legs the rest stop that overlooks Cass Lake. What a great stop!

Cass Lake as Seen From The Cass Rest Stop

An interesting place we past through between Cass Lake and Grand Rapids is the little burg of Ball Club. As we roll into town I see the sign announcing “Ball Club”. I thought it a very large sign just to give directions to the local ball club, and in what sport might that club specialize? Well, Ball Club is a town of 340 souls named after a type of Native American lacrosse stick. Who knew?

We pass a few other towns, and not so towns but wide spots in the road that happen to have a couple of human built structures. No info on those small places on the internet.

We pull into our home for two nights- Pokegama COE campground. It’s located adjacent to the Pokegama Dam. The original dam was built in the 1880s to provide flood control, navigation and drinking water. It was rebuilt at the turn of the 20th century. What a beautiful beautiful place to camp. 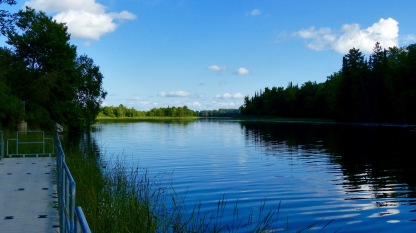 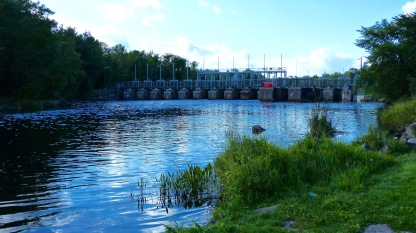 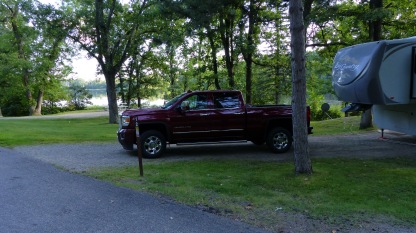 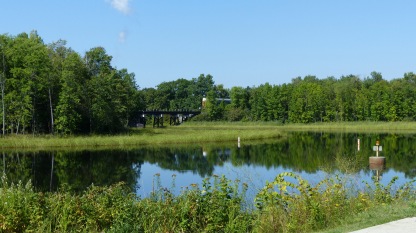 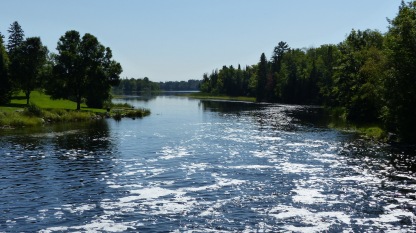 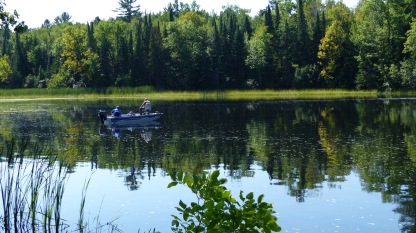 The campground is all mowed grass, the site pads are gravel. Trees provide a canopy of shade……. and our site is located no more than 50′ from the Mississippi River!

OK, so the downfall of camping in the beautiful state parks and the COE campground is- no laundromat. We have accumulated a weeks worth of soiled clothing and are presently wearing our last pair of clean chonies. The laundromat that was recommended is not cheap. $6.75 for one washer- two needed. Dryers $3.00 a pop times two, eventually three since two drying cycles wasn’t enough to dry all of our clothes. So $22.50 later we leave with clean clothes.

Grand Rapids was the end of the line for river boats. It’s  three mile long rapids prevented further upstream navigation. The rapids are now drowned by a dam built to support the Blandin Paper Mill. And the Pokegama dam kind of finished off large vessel navigation until one reaches Pokegama Lake. Grand Rapids is the seat of Itasca County. She has just over 10,000 souls living here. If we had more time we’d explore the area more thoroughly. 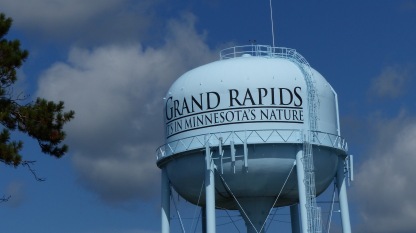 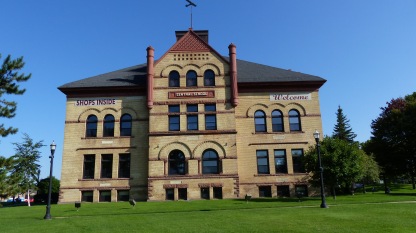 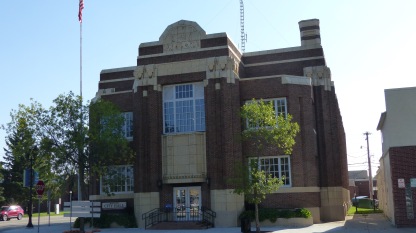 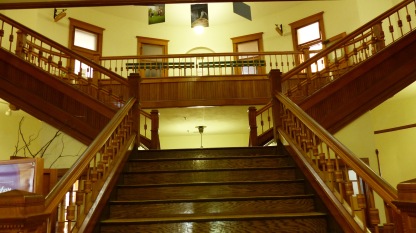 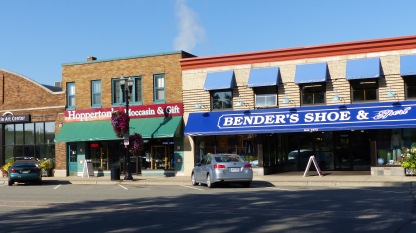 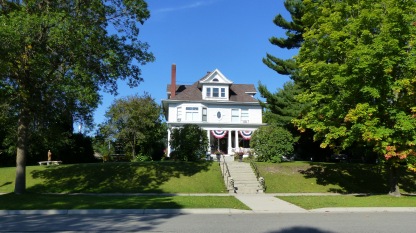 Tomorrow we head to our first Great Lake- Lake Superior. See you there!